Samuel Inman, a cotton magnate and Atlanta Businessman, is the namesake of this near-downtown neighborhood. Once the height of health in Atlanta, Inman park is a highly desirable area of interest and beauty. It was one of the nation’s first garden suburbs, and they have turned the Atlanta Stove Works into the Krog Street Market– a mixed use business and restaurant open-air shopping hot spot. While only two miles from downtown, it retains a peace and quiet more common of the suburbs.
History
Real Estate developer Joel Hurt planned Inman Park in the late 1890’s, and it became Atlanta’s first planned community. At the time, only the wealthy had streetcars, making Inman park a neighborhood only available to Atlanta’s upper crust. The area flourished, and some of the houses from the period exist today. After the turn of the century, with automobiles now commonplace, Inman park saw a decline. People were moving farther away from the city. After being the first neighborhood in Atlanta to gentrify, it saw a steady incline, and with some wise re-developing decisions, the city is now a highly sought after place to live.

What’s Unique About the Area
Inman Park is in great proximity with the BeltLine. The neighborhood also features the new mix use, Inman Quarter, where you will find luxury apartment homes and great restaurants. The best known park in Inman Park is actually Freedom Park. It’s one of Atlanta’s biggest parks, and was developed after a project to turn the area into a highway interchange failed. Perhaps because of Inman Park’s long and interesting history, the neighborhood has a very strong sense of community. Their neighborhood association, the IPNA, continues to restore and improve the area. A large amount of its funding comes from Inman Park’s annual three-day festival of food, drink and culture. The neighborhood is south of Poncey-Highland, north of Reynoldstown, west of Candler Park, and just east of Old Fourth Ward.

Architecture
The tree-lined streets of Inman Park have varied, beautiful, and well-kept houses on them. You’ll find historic bungalows, foursquares, single-family homes, shotguns, and condos all together. You’ll also find new town homes built along or near the BeltLine. Owing to its early days as the wealthy suburb of Atlanta, you will find a fair share of mansions. These multi-million dollar properties range in style from Victorian and Queen Anne to Italianate and Romanesque. 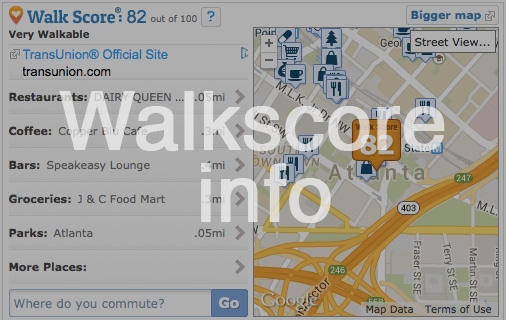